Entrepreneurs in IoT need to draw upon the lessons of the past. 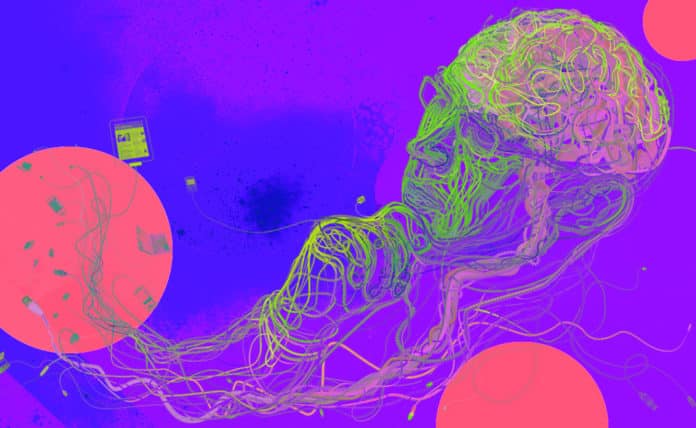 Twenty years ago, the Internet created a gold rush of ideas, opportunities, and new businesses. The news was filled with stories of a new world to be built. Everybody had a billion dollar idea and a dot-com. Everybody was a founder planning an IPO. Then, all of a sudden, the bubble burst.

Today, there is a new gold rush, sparked by the Internet of Things (IoT). The news is filled with stories of self driving cars, smart solutions, and smart cities. Everyone has a disruptive idea that is going to change the world. Thousands of companies, new and established, are planning “smart” solutions. Marketing, hype and confusion are one and the same. And we’re just getting started.

Are we smarter now, or are we making the same mistakes? The answer is yes and yes. I’ve listed five lessons that IoT companies today should take to heart.

Lesson #1: Get the economics right.

During the dot-com frenzy of the late 1990s, many companies and investors thought that the Internet was so disruptive that traditional “old economy” rules didn’t apply. “Pageviews”, “eyeballs”, and visitors became the new metrics for company performance and valuation.

Companies were focused on getting “eyeballs” at all costs first, and then figure out the business model, revenues and profitability later. There was no “later” as many of these companies had no viable revenue streams when investor funding stopped.

But the low costs of devices and connectivity may not be sustainable. Device costs will need to increase to accommodate new security technologies. Without significantly better security, mass IoT adoption will stall.

IoT connectivity providers face a similar situation. They are on a market share land grab to establish themselves as the standard. But there are several LPWAN technology options in the marketplace today. Most device manufacturers only support one LPWAN option, further diluting the available device base for connectivity providers. Use cases are limited and still emerging. Without mass adoption, their current economics are not sustainable.

In 1999, I met a visionary entrepreneur with an incredible business concept and model. Despite his efforts, that venture shut down a couple of years later. In 2005, three guys launched something similar. That company was YouTube.

While many IoT companies today have embraced the concept of product-market fit, many are trying to “outguess” the market and be ahead of the curve. In this early market, the technology protocols, use cases, supporting infrastructure and ecosystem are still emerging. Buyers are still trying to understand what IoT is so they can even know what to ask for.

IoT solutions providers must take a measured “crawl, walk, run” approach. They crawl by focusing on the “here and now” to deliver product-market fit for today’s needs, not tomorrow’s. They walk by remaining agile in a dynamic market through partnerships with others in their solution ecosystem. They “run” by building the core technical and operational skills, experiences and customer base necessary to accelerate no matter what the “tomorrow” looks like.

Lesson #3 – Disruption and adoption take five times as long as you think.

Many “dot com” entrepreneurs and companies had visions of disrupting the status quo and changing the world. Build it, and they will come, was the thinking. Ultimately, the world did change. Some visions were realized as predicted, while others morphed into something totally different. But it didn’t happen overnight.

Many companies don’t understand the forces of adoption. The more disruptive the technology is, the longer it will take to adopt. First, people resist change. Adoption of new technologies creates fears of job loss and change. New skills and retraining is often necessary, and those take time. Not everyone will have the necessary interest or skills to retrain and change.

Second, potential buyers have invested hundreds of millions of dollars in existing infrastructure. Ripping out legacy is not feasible, nor do they have the budgets to do it all. Large global companies could be rolling out the new disruptive technology in one area, while continuing to roll out the old technologies in other areas. Finally, integration of the old with the new is very hard. Many buyers have in-house certification programs to verify and address compatibility with internal systems.

IoT is a disruptive force and has some immediate impacts, but its true disruptive impacts won’t be felt for some time. For example, IoT will not displace machine to machine (M2M) and supervisory control and data acquisition (SCADA) systems currently in use. Businesses have invested hundreds of millions in these systems. These solutions work well. They are secure, reliable and supportable.

In the short term, IoT solutions will coexist with M2M and SCADA systems. Despite the potential, today’s IoT solutions do not bring sufficient value to replace these systems. This will change over time as new capabilities and use cases emerge.

In this early environment, IoT solution vendors and buyers must be realistic. Adoption is driven by a lot of factors, and not all of them have to do with the technology. Over-invest and be committed to change management. And build in your plans for a longer than usual adoption time.

Twenty years ago, many people and investors thought a viable path to an initial public offering (IPO) was to take an existing business and add a technology layer to it. All of a sudden, you had an e-business worth billions. In reality, all they did was add technology without adding real value. Customers and investors quickly saw through that.

We are still doing this today. Case in point – meet the $300 “smart” hairbrush from L’Oréal and the $700 Juicero IoT juice presser. Juicero shut down this year, but not before it raised and spent $120 million from investors. Then there are the various companies offering smart solutions on a subscription basis. While recurring revenue business models are attractive, not every solution should be offered as a subscription. A subscription model should only be offered if the solution contains real value when consumed this way.

The lesson here for today’s IoT companies, or companies offering IoT solutions is that not every product needs to be smart. And not every smart product needs to be offered on a subscription basis. What ultimately dictates these choices is the real and sustainable value that can be provided to the customer if IoT technologies and new business models are applied.

Lesson #5 – Don’t enter a market you know nothing about on your own.

Entrepreneurs and companies, sensing big money, rushed in to capitalize on these “exciting” opportunities. Unfortunately, this “gold rush” brought in a lot of people who didn’t know anything about the business they were entering.

Not surprisingly, many of these ventures failed, because industry or domain knowledge and industry relationships still mattered, even in a “stodgy” business getting disrupted. Over time, these stodgy companies created their own “dot com” capabilities. They bought the dot coms, or their assets, or simply developed their own.

Today, a new gold rush of IoT entrepreneurs with fresh ideas is looking to disrupt “stodgy” businesses such as manufacturing, oil and gas, mining and agriculture. But, unless these entrepreneurs come with industry knowledge and credibility, most will face the same fate as their dot-com predecessors.

Entrepreneurs looking to enter new markets need to draw upon the lessons of the past. They must partner with key industry players who possess the credibility, domain knowledge and relationships to enter these markets successfully. They must work with existing channel structures, not go around them. And finally, they must develop solutions that provide the value the industry is ready for today, not tomorrow.

Originally posted at iot for all

Is Machine Learning Making A Difference?