Watch out for the fading of the term ‘digital transformation’ as a standalone marketing term, reports Claus Mortensen of Ecosystm “Everyone seems to be doing it, from every government agency, to the corner dairy,” a CIO recently commented on the state of digital transformation across sectors today.

As he points out in a recent Ecosystm report on the topic, digital transformation may require IT transformation to do it right if the existing IT architecture cannot support it.

“But digital transformation does not really refer to IT systems but rather to an organisation’s underlying business and its business processes ‘going digital’ and becoming more agile,” he states.

Digital transformation will also require the use of various technologies such as cloud computing, business analytics (BA), artificial intelligence (AI) and machine learning (ML) and, going forward, the Internet of Things.

So, what is in store for CIOs and their teams as they play different roles and work across their respective organisations, in bringing about this change?

Drawing from his research and findings from Ecosystm’s ongoing Global Digital Transformation Study, Mortensen singles out five trends and their impact to both technology buyers and vendors in the year ahead:

One: Most CIOs will continue to misunderstand the nature of digital transformation

Even though the core of digital transformation is not really about IT, most CIOs and IT departments still fail to fully understand this, reports Mortensen.

This, he says, is not only evident from the conversations that Ecosystm analysts have had with CIOs across different countries and regions, it is also reflected in the Ecosystm data.

When asked who their preferred partners are, the vast majority of respondents mention the various types of players that they are used to dealing with. More than a quarter (26 per cent) mention systems integrators. This at least indicates they are aware of the vast scope and complexities that digital transformation projects may entail, he says.

But fewer than 5 per cent of respondents indicate the type of company that would normally be seen as the best positioned for advising them on the essence of digital transformation: an overhaul of the underlying business models and business processes.

The effect of this is that we will be seeing a clear trend of a two-track approach to embarking on digital transformation - the underlying drivers spearheaded by senior management and the lines of business on one end; and the practical implementation of the technologies that sustain this process by the CIO and the IT department.

Mortensen points out that this is not a new trend, as the move towards a more operational role for the CIO has been happening for years.

The more recent ‘mantra’ however, is for the CIO to become more involved and invested in business objects in order to increase his or her relevance to the organisation, he says.

"Unless CIOs start to rethink the nature of digital transformation, this objective may fast become unobtainable."

Mortensen says the implementation of the EU’s General Data Protection Regulation (GDPR) has forced organisations even outside the EU to take a serious look at their customer and consumer data.

2019 will be the year where many companies will use the GDPR and similar local regulations as a pretext for overhauling how they store and use data throughout the organisation.

He says every organisation is different – especially when it comes to the ones where the IT department retains the ownership of data. Thus, he foresees seeing some organisations using the GDPR as an excuse for retaining data silos and restricting access to data.

Digital transformation is ultimately about maximising the value of data, he says.

GDPR presents an opportunity to build customer trust and loyalty, he says.

“Your customers should be happier if you take all the necessary steps to identify and safeguard their data and if you communicate it to them clearly.

“But more than that, making the most of your customer data is a must if you want to transform your business – so make sure that you push back if the data guardians in your organisation use the GDPR as an excuse to retain the status quo.”

Three: Blockchain to lose its bitcoin shackles, but this won’t do much good

The idea of decoupling blockchain from what made it famous (or infamous) – bitcoin – has begun to sink in with the relevant people in most organisations, but it still remains too complicated for laypeople to understand or to use at this time, he says.

Nonetheless he sees the use blockchain among larger transaction-heavy businesses, such as shipping and trade finance.

“After all, authentication and integrity of transactions is where blockchain makes the most immediate sense,” he says.

If blockchain has immediate relevance to your organisation, chances are that you will have to do a great deal of development yourself, he says.

One CTO told me recently, ‘blockchain is a mess’ and it will remain so in 2019 -Claus Mortensen, Ecosystm

This does not mean blockchain is “dead in the water”, he points out.

“Blockchain has great potential but you will have to be a little patient.”

There is hardly any business vertical today that is not under threat from new, disruptive, digital and/or mobile competitors, reports Mortensen.

He says this has prompted even the most conservative businesses to look into new ways of reaching and serving both external and internal customers.

Mortensen cites that there are some cultural and operational obstacles to overcome before agile can really become the norm for app development in most organisations.

An “old school” coder or app designer may have to let go of some of their expectations and demands for quality and attention to detail, he says.

“You will also have to be able to convince others in the organisation that errors and design flaws are a necessary evil when speed is of the essence.”

While digital transformation remains a relevant term for describing the cultural and business process changes that organisations need to go through, it is hard to ignore that the term has an “empty” ring to many end-users, says Mortensen.

While technology obviously plays a major role in this, the initial consideration is not about technology - and technology vendors will start to find it harder to derive value from marketing themselves as digital transformation players.

Vendors will need to realise what they are and where they fit in when it comes to digital transformation, reports Mortensen.

True technology vendors need to be honest to themselves and to their customers with what they have to offer.

“If your expertise is not in business transformation but in the enabling technologies, then this should be your focus and your go-to-market approach,” he concludes. Divina Paredes is the editor of CIO New Zealand and www.cio.co.nz , the premium leadership and management resource for information and communications technology (ICT) executives and members of the CXO suite. She also organises and moderates CIO community events such as the CIO100 forum, CIO roundtable discussions, and CIO leaders’ luncheons.

Divina Paredes is the editor of CIO New Zealand and www.cio.co.nz , the premium leadership and management resource for information and communications technology (ICT) executives and members of the CXO suite. She also organises and moderates CIO community events such as the CIO100 forum, CIO roundtable discussions, and CIO leaders’ luncheons. 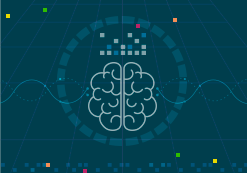