Digital disruption is leaving no industry untouched, irrespective of geography. Digital disruptors and cloud natives are radically transforming business models. Digital transformation is no more a buzzword. We see technology evolving like never before and accelerating in scope and reach. While the year 2017 more or less stabilized new technologies, the coming year could see a significant incline. Emerging technologies that could have a long term impact include Blockchain, Artificial Intelligence, Big Data Analytics, and Cloud Computing (witnessing massive adoption of public and hybrid cloud models globally).

Technology companies such as Microsoft, Facebook, Google, Amazon, and Apple are upping the ante to bring the best experience to consumers through leveraging such technologies. They are also adding deep learning, neural networks, and natural language processing to the cocktail. In fact, SAP has developed a digital innovation platform of integrated transformational technologies: Leonardo. It brings cutting-edge technologies like the Big Data, Artificial Intelligence, Machine Learning, Analytics, Blockchain, and the Internet of Things (IoT) to one platform. SAP Leonardo integrates all into a seamless whole, with every component complementing each other.

Bitcoin broke the $11,000 threshold in less than a day after breaching the $10,000 mark. Bitcoin has risen over 70 percent since October and more than 900 percent since the year started. According to estimates, the cryptocurrency may surpass $40,000 by the end of 2018. The surges will push it further towards mainstream. Ethereum too created a buzz. It looks as if the march of Bitcoin is unstoppable. The incorruptibility of blockchains is great for economic transactions, particularly in countries like India where corruption is rampant.

Banks in India have already started experimenting with the new tech. ICICI Bank, Axis Bank, YES Bank, and Kotak Mahindra Bank are using it or plan to implement it in areas such as international trade finance and vendor financing. In India, 56 percent of companies surveyed by research firm PwC said blockchain is part of innovation strategy, though not many may have implemented it. The PwC Survey counts the most common uses as those for fund transfers, digital identity and payments infrastructure.

Blockchain is picking up pace in India (Asia’s third-largest economy) as well as the world. According to the PwC report, 32 blockchain firms have been founded. However, the technology need not be restricted to financial transactions alone but can be leveraged for a range of several other fields such as real estate (the land deed experiment of the Honduras government was a massive success), tackling corruption, jurisprudence, etc.

For example, in India, the insurance industry is leveraging AI tools. As the country marches towards a Digital India, AI and Analytics can be used for a focused, collaborative, and explorative crunching of data, leading to improved efficiency and growth in revenues for enterprises. They can also take care of end-to-end business processes.

‘End to end business processes are handled by our new AI chat bot. What took 3 days before for the most efficient companies has been reduced to 3 hours. Now, it takes 3 minutes and we want to get it closer to real time,” says Tarun Chugh, MD & CEO at Bajaj Allianz Life Insurance. The experiment with the AI chat bot was quite successful for the company. “Artificial Intelligence (AI) enabled and self-learning tools registered 4 lakh queries and completed 45,000 transactions, all within 45 days,” he adds.

Will Big Data Analytics be the showstopper for 2018? Data collection has reached unprecedented levels. All thanks to the smart devices of today. That is the reason why Big Data Analytics has taken off significantly and impacting fields such as healthcare, oil and gas, consumer appliances, etc. Though the concept may be at an experimental stage currently in some industries, it is expected to spike once industry goes for innovations such as the Industrial Internet of Things (IIoT) or connected devices.

Of all the sectors, health care stands to benefit the most from Big Data Analytics. As sensors get cheaper, data collection could offer insights into areas as diverse as diagnostics to treatment to environmental conservation. For Third World countries like India, the technology can reduce medical expenses and universalize health care and bring people who had been left out of the healthcare ambit so far.

Cloud computing could be the game changer for 2018

As the Internet spreads and cloud services get increasingly affordable for small businesses, there is a boom waiting to happen. This will particularly help the Software as a Service (SaaS) segment to grow and make enterprise technology cost-effective and easier to deploy. This is a win-win situation for SMEs too to catch up with big corporates. According to a Gartner report, by 2018, at least 25 percent of new core financial application deployments in large enterprises will be public Cloud SaaS. It has also predicted that 30 percent of services companies would move their ERP Applications and software to the cloud by 2018.

The cloud shift will magnify in scope in 2018 and build on the momentum build in 2017. The sector should expand as on-premise computing sees continuous decline. Concomitantly, data center business will boom as public cloud providers look to reduce costs and increase flexibility of operations and improve customer experience.

Public cloud infrastructure as a service, that is IaaS, would continue to be dominated by hyper-scale providers and the ecosystems that are currently driving growth. Gartner says publiccloud market of India is expected to grow 43 percent to total $1.9 billion.

Muqbil Ahmar is a tech evangelist, environmentalist, women's rights advocate, editor, and founder of www.greenubuntu.com.   He writes on new digital technologies such as Cloud, Big Data, IoT, Blockchain, Artificial Intelligence, Machine Learning, etc. He also writes on the economy, films, arts and culture, and other diverse subjects.Connect with him on Facebook, LinkedIn, and Twitter.

Muqbil Ahmar is a tech evangelist, environmentalist, women's rights advocate, editor, and founder of www.greenubuntu.com.   He writes on new digital technologies such as Cloud, Big Data, IoT, Blockchain, Artificial Intelligence, Machine Learning, etc. He also writes on the economy, films, arts and culture, and other diverse subjects.Connect with him on Facebook, LinkedIn, and Twitter. 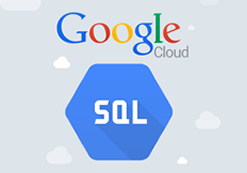