This is in continuation of What the Future Has in Stock for Us: 20 Predictions for 2020. Part 1 which you can read here.

The year 2020 has much to offer. The expansion of 5G and other prospective wireless technologies is round the corner, which opens a lot of possibilities for the implementation of technological solutions in any sphere. This, in its turn, will create huge amounts of data to be processed, analyzed and utilized for the greater good. Let’s try to dig out what more can we expect from this year from a technological point of view.

Internet of Things Will Continue to Conquer the World

IoT devices must be flexible, because individual vendors are unlikely to provide each client with a fully functional end-to-end solution. Operation should be considered in the very early stages of IoT planning in order to offer a specific service and support model in a scalable environment. This will help to avoid the cascade effect of unexpected service gaps that may lead to much headache in the future.

Autonomous things refer to physical devices that use AI to automate functions previously performed by humans. The most recognizable examples of autonomous things are robots, drones, autonomous vehicles and home appliances. This type of automation spreads beyond the automation observed in case of rigid programming models, as it involves artificial intelligence to provide advanced types of behavior.

As autonomous things spread, one should expect a transition from autonomous smart things operating on a stand-alone basis to entire complexes, when several devices will work together, regardless of people or with their participation. For example, robots can work in a coordinated assembly process or deliver packages to the target area. It is pretty much inevitable that such supersmart things will be engaged in uncontrolled public spaces.

By 2025, 90% of new enterprise applications will use AI, thus leading to smarter and more dynamic apps. By 2024, more than 50% of user interface interactions will use computer vision, speech, natural language processing, and augmented/virtual reality features. Businesses had better identify the enterprise’s key AI-led apps and services, establish joint business and IT governance around AI ethics, and prioritize the creation of new user interfaces that embed AI.

The way we interact with the digital environment will surely transfer from technology-literate people to people-literate technology. The task of analyzing intent will move from a regular user to the computer. This ability to communicate with users across many human senses will provide a richer environment for delivering nuanced information.

Big Data Getting Even Bigger

Although the interest in big data has faded over the past couple of years, its impact on the development of AI technology and machine learning is invaluable. However, analysts suggest that in 2020, companies will have to double data processing costs to stay afloat. Obtaining huge amounts of data without systematic errors requires substantial organization and investment, and in addition, enterprises restrict the exchange of data due to privacy issues. Analysts have every reason to believe that in 2020, the cost of preparing data for AI can ultimately even stop recouping the effort.

You’d Better Be Concerned about Security

Artificial intelligence (AI) and machine learning (ML) are widely applied to optimize the human decision making process across versatile use cases. They create the necessary ground for hyperautomation and the widespread introduction of autonomous things. However, such transformations lead to new security concerns increasing the number of potential cyberattacks which are likely to take place in case of IoT, microservices, cloud computing and highly connected systems.

In 2020, we should expect that the occurrence of ransomware will become more frequent, as attackers will soon realize the degree of value of information. The introduction of new integrating technologies with insufficient protection options makes companies easy prey for hackers, and the larger the information field, the greater the damage. In addition, the reality is that it is easier for attackers to find a security breach using new AI and ML technologies. Temporary data blocking is a quick way of monetization, and attackers will more often demand a ransom for regaining control of the kidnapped information. Analysts predict that AI technologies alone, used to create fake audio and video, will cost businesses more than $ 250,000.

Analysts suggest that in 2020, regulatory authorities that control the exchange of confidential data will begin to actively influence existing markets and form new ones. It is already noted that many companies do not comply with the basic requirements of the GDPR law: ensuring customer consent, transparency and control of data leakage. Vendors will be forced to use anonymized or aggregated data, which will change the type of targeted advertising, and enterprises will have to conduct forensic examination of their supply chains and ecosystems. Regulatory authorities will also take action against firms that use fraudulent schemes to collect and use confidential data.

Transhumanism explores how technology can be used to improve a person’s cognitive and physical properties as an integral part of the human experience. Physical augmentation can be achieved by implanting or hosting a technological device or using wearables. Cognitive augmentation can be observed through constant access to information and exploiting applications on traditional computer systems. In addition, we may see the emergence of a multiexperience interface in smart spaces. This will create a new “consumerization” effect where employees seek to exploit their personal enhancements — and even extend them — to improve their office environment.

IT Democratization or Low Code

Democratization should provide users with access to technical expertise (e.g., machine learning, application development) or business expertise (e.g., sales process, economic analysis) through radically simplified experience that does not require deep and expensive training. Thanks to this, people who are not IT specialists will be able to use specialized tools and systems in their work.

A visual approach to application development will allow developers of all skill levels to create web and mobile apps with little-to-no coding experience, allowing for a self-service model instead of utilizing central IT for a formal project plan. However, as low-code becomes more established, IT portfolios will become more complex.

All that we’ve described won’t happen (at least not at the scale described) if wireless technologies lag behind in both the speed of data transfer and the pace of worldwide adoption. Data transfer capabilities will become crucial for the successful functioning of the widest range of staff, including robots, drones, self-driving vehicles, medical devices, etc.

Below is the list of the most prominent wireless technologies that will most likely expand their scope of application in the future.

Alexander Arabey is Qulix Systems Co-Founder and Business Development Director. He is an expert in software implementation for banks and financial organizations based on the StandFore FS Digital Banking platform.

Alexander Arabey is Qulix Systems Co-Founder and Business Development Director. He is an expert in software implementation for banks and financial organizations based on the StandFore FS Digital Banking platform. 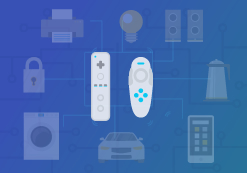 Insurance and Claims
How an insured and insurer deal with a first-party property claim.
Self-Paced
$99 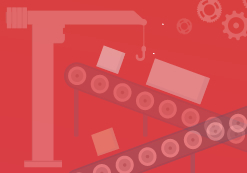 How an insured and insurer deal with a first-party property claim.

Use Cases for Smart Manufacturing

11 Real current use cases of Smart Manufacturing from around the world.