A recent piece appeared in PYMENTS.com stating that ERP has emerged as a top target for AI developers. The basis of the article was new research findings by Evans Data Corporation which unsurprisingly found that ERP is not immune to FinTech innovation. Quite who decided it could or should seem a bit of a mystery but it is an interesting observation.

The article piqued my interest on several levels, firstly because Artificial Intelligence and machine learning are somewhat hyped right now and secondly because ERP systems as a whole have struggled to remain relevant given their monolithic and complex nature.

One of the traits of ERP systems that vendors like SAP, Oracle and the like have tried to shake off, is the voracious appetite that their systems have for data, a lot of which is configuration rule-bound.  As any user what he thinks of working with one of these systems and you will almost certainly hear some negative comments.

In part, this challenging use of these systems is due to their complexity and the interdependency between functional modules on particular data attributes but the second element is the fact that while these systems take on a lot of data, they don’t necessarily give a lot back in terms of insights and glittering revelations based on all the data that you have fed into them.

For predictions, future modelling and avoiding problems, you often have to look outside of the core ERP to other tools. The rewards obtained from the use of the system seem somewhat disproportionate relative to all the care and feeding that is given to them.

In attempts to level the playing field so to speak to alleviate some of the data maintenance burdens, there has been a rise in recent years, of what can be best described as ‘smart robots’ that have been designed to provide automation for repetitive and mundane tasks. The methods are somewhat rudimentary, complex branching logic based on data values that lead to applications inserting o adjusting the values in ERP on demand or on a schedule in response to either data within the ERP system or data coming into the system.

While the actual specifics of these often transaction based may vary from customer to customer and business area to business area, in reality, they are freeing up time for users to spend their efforts on somewhat higher value tasks like issue triage, risk mitigation and planning. The challenge for these rule-based approaches as for anything relatively static, Is that the requirements, the data and the competitive and commercial landscape of the business change over time and eventually the rules need to be modified or rewritten. While this may seem trivial, this automation is in fact programs, albeit scripted programs, that usually require more than above average skills in the users to maintain them.

Since a lot of these automation robots exist on the periphery of the ERP systems, their development and maintenance is not typically part of the ERP application core, as consequently they are often not maintained by those who maintain the ERP itself and almost certainly are not officially supported by the ERP vendor. For this reason, efforts are underway among the ERP vendors to consider more innovative ways to handle the massive data demands of ERP and in fact surface more obvious value from ERP through machine learning and ERP algorithms.

Some of the easiest ways to surface AI technology to existing and new users of ERP is to break them off from having to interact with the system using the traditional data entry and inquiry screens. For many, this means overlaying these relatively simple functions with smarter interaction techniques like voice-activated actions and inquiries accompanied by rich visuals and even chatbots. These can encompass everything and anything from inventory inquiries to an inventory search. While these are often most frequently associated with employees, they could just as easily be surfaced to business partners and customers. AI-enabled ERP can ultimately mean more intuitively surfacing access to all ERP data services through the methods that users would feel most comfortable using.

Some early innovations include preventative maintenance scheduling and planning based on the feedback of sensors from IoT as well as meters, gauges and monitors. These kinds of solutions minimize the amount of transcribing and data entry work required by technical engineers whose time is better spent on actually remediating problems rather than sifting through hundreds of thousands of data measure-points and then trying to make decisions based on the raw data. The Evans report, in particular, called out the fact that IoT specifically is an emerging technology that is proving to be disruptive for ERP.

Another area that AI is proving useful is in the combination of picking packing and shipping where visualization of the wok area not only optimizes the activities of users but also mitigates risk, reduces loss and drives down errors. Virtual agents for example, a smarter twist on the guided inventory picking instructions fist introduced with mobile devices in the warehouse, actually offer less prescriptive instructions and more adaptive instructions to pickers. The technology may still be nascent but it may also be a precursor to increased levels of automation in the warehouse altogether.

The less obvious areas of opportunity of course cover areas that require deep understanding of business process accompanied by in-depth analysis of transactional data in ERP systems and these include early identification and suggested remediation of potentially fraudulent trading transactions; anomalies in accounting practices, asset assessment and analysis and then of course the brass ring of opportunities, one where you combine marketing activities, with customer transaction analysis and customer master data for more targeted and customized commercial offerings. These same approaches can also be applied to managing employees and in fact suppliers too. Moving ERP systems from reporting on historical activity and getting them to be helpful with predicting and forecasting behaviour and outcomes become much more of a likelihood when AI and machine learning is applied to ERP systems.

This column was first posted in LinkedIn. 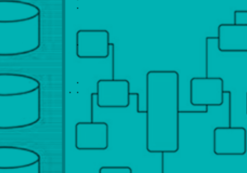