What is Logistic Regression?

Like many other machine learning techniques, it is borrowed from the field of statistics and despite its name, it is not an algorithm for regression problems, where you want to predict a continuous outcome. Instead, Logistic Regression is the go-to method for binary classification. It gives you a discrete binary outcome between 0 and 1. To say it in simpler words, it’s outcome is either one thing or another.

A simple example of a Logistic Regression problem would be an algorithm used for cancer detection that takes screening picture as an input and should tell if a patient has cancer (1) or not (0).

Logistic Regression measures the relationship between the dependent variable (our label, what we want to predict) and the one or more independent variables (our features), by estimating probabilities using it’s underlying logistic function.

These probabilities must then be transformed into binary values in order to actually make a prediction. This is the task of the logistic function, also called the sigmoid function. The Sigmoid-Function is an S-shaped curve that can take any real-valued number and map it into a value between the range of 0 and 1, but never exactly at those limits. This values between 0 and 1 will then be transformed into either 0 or 1 using a threshold classifier.

The picture below illustrates the steps that logistic regression goes through to give you your desired output.

Below you can see how the logistic function (sigmoid function) looks like:

We want to maximize the likelihood that a random data point gets classified correctly, which is called Maximum Likelihood Estimation. Maximum Likelihood Estimation is a general approach to estimating parameters in statistical models. You can maximize the likelihood using different methods like an optimization algorithm. Newton’s Method is such an algorithm and can be used to find maximum (or minimum) of many different functions, including the likelihood function. Instead of Newton’s Method, you could also use Gradient Descent.

You may be asking yourself what the difference between logistic and linear regression is. Logistic regression gives you a discrete outcome but linear regression gives a continuous outcome. A good example of a continuous outcome would be a model that predicts the value of a house. That value will always be different based on parameters like it’s size or location. A discrete outcome will always be one thing (you have cancer) or another (you have no cancer).

It is a widely used technique because it is very efficient, does not require too many computational resources, it’s highly interpretable, it doesn’t require input features to be scaled, it doesn’t require any tuning, it’s easy to regularize, and it outputs well-calibrated predicted probabilities.

Like linear regression, logistic regression does work better when you remove attributes that are unrelated to the output variable as well as attributes that are very similar (correlated) to each other. Therefore Feature Engineering plays an important role in regards to the performance of Logistic and also Linear Regression. Another advantage of Logistic Regression is that it is incredibly easy to implement and very efficient to train. I typically start with a Logistic Regression model as a benchmark and try using more complex algorithms from there on.

Because of its simplicity and the fact that it can be implemented relatively easy and quick, Logistic Regression is also a good baseline that you can use to measure the performance of other more complex Algorithms.

A disadvantage of it is that we can’t solve non-linear problems with logistic regression since it’s decision surface is linear. Just take a look at the example below that has 2 binary features from 2 examples.

It is clearly visible that we can’t draw a line that separates these 2 classes without a huge error. To use a simple decision tree would be a much better choice.

Logistic Regression is also not one of the most powerful algorithms out there and can be easily outperformed by more complex ones. Another disadvantage is its high reliance on a proper presentation of your data. This means that logistic regression is not a useful tool unless you have already identified all the important independent variables. Since its outcome is discrete, Logistic Regression can only predict a categorical outcome. It is also an Algorithm that is known for its vulnerability to overfitting.

When to use it

Like I already mentioned, Logistic Regression separates your input into two „regions” by a linear boundary, one for each class. Therefore it is required that your data is linearly separable, like the data points in the image below:

In other words: You should think about using logistic regression when your Y variable takes on only two values (e.g when you are facing a classification problem). Note that you could also use Logistic Regression for multiclass classification, which will be discussed in the next section.

Let’s discuss the most common of these “tricks” at the example of the MNIST Dataset, which contains handwritten images of digits, ranging from 0 to 9. This is a classification task where our Algorithm should tell us which number is on an image.

When you then want to classify images, you need to run each of these 45 classifiers and choose the best performing one. This strategy has one big advantage over the others and this is, that you only need to train it on a part of the training set for the 2 classes it distinguishes between. Algorithms like Support Vector Machine Classifiers don’t scale well at large datasets, which is why in this case using a binary classification algorithm like Logistic Regression with the OvO strategy would do better, because it is faster to train a lot of classifiers on a small dataset than training just one at a large dataset.

At most algorithms, sklearn recognizes when you use a binary classifier for a multiclass classification task and automatically uses the OvA strategy. There is an exception: When you try to use a Support Vector Machine classifier, it automatically runs the OvO strategy.

Other common classification algorithms are Naive Bayes, Decision Trees, Random Forests, Support Vector Machines, k-nearest neighbor and many others. We will also discuss them in future blog posts but don’t feel overwhelmed by the amount of Machine Learning algorithms that are out there. Note that it is better to know 4 or 5 algorithms really well and to concentrate your energy at feature-engineering, but this is also a topic for future posts. 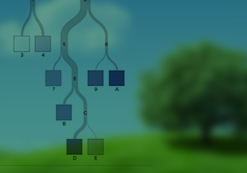 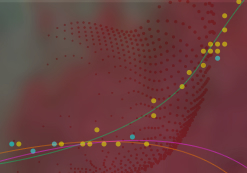 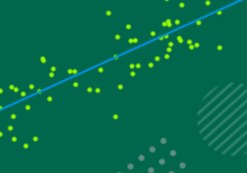 Penalized regression models and their improvements to traditional regression.