Marketing has changed forever. I am sure we are all getting tired of hearing that phrase so often that the phrase itself is in danger of becoming a cliché. But the fact is that the change has been so rapid, it demands that marketing people have to change the way they learn, adapt and operate in order to cope with this ever-changing landscape. In this post, I will attempt to capture what has accelerated the change and how the marketing professional can cope with this change.

Implications of the changing landscape

At a broad level the changes can be captured under three headings:

These major trends are making the current processes and practices in most areas of business -- and more particularly in marketing – inefficient and maybe  even irrelevant.

There was a study done by PwC in 2014 among business leaders in which 76% of the respondents said they were instituting or anticipating transformational changes in their businesses. But only 36% felt that their marketing departments were capable of managing such transformations! And that is a damning piece of information. It is not so much a vote against the competence of the professionals but a reflection on the way marketing is being done.

The environment is so fluid, it is impossible for the marketing professional to spend six months developing a 2 year marketing plan. Or even if she develops it, it is going to be difficult to adhere to the plan as the environment changes too soon and the plan with all its scenarios is not worth the paper it is printed on!

So what should the marketing professional do? How should she rewrite the rules of marketing? Or marketing operations in particular?

At each of these steps the development cycle was hampered by

a) miscommunication
b) change in requirements
c) delayed delivery
and d) requirement obsolescence.
As a result customer dissatisfaction was very high in the industry. This was despite the fact that the software industry was known for rigorous documentation and even more rigorous processes. So a group of 17 thought- leaders in software development met in 2001 to develop the agile methodology.  The agile manifesto which defined the basic vision stated the following as shown in the following graphic.

Fundamentally the agile manifesto broke away from the earlier ‘waterfall’ methodology which consisted of the sequential development that we spoke of at the beginning.

Instead of delivering one big product, it focused on delivering small increments of a working versions of the software and insisted on far more frequent interactions with the customer to ensure that it was always on track and was always delivering something of value.

What makes agile suitable for marketing?

There are two specific reasons:

So how does Agile work?

Agile works with the concept of small groups of self-organizing teams which work in short cycles called sprints. A sprint typically lasts two weeks and aims to deliver something of value to the immediate customer- which in this case may be the user department such as sales.The teams- usually headed by a team lead and guided by a scrum master- define the goals/tasks they will achieve in a given sprint. And work towards achieving those goals.

The task is considered complete when the user department agrees that the work has been completed. That is what makes Agile a truly customer-centric methodology. Like the proponents  of  agile are fond of saying ‘a job is done when the customer says it is done”

Does this mean that the annual plan is dead?

Not really. But what it means is that the plan is not cast in stone. It is made far more responsive. While the start and endpoints for the plan are defined and cast in stone. The path and the strategy adapted are usually left fluid. An initial route map is drawn up with the full understanding that it may undergo several changes at each iteration(sprint) and at each external trigger( change in  the marketing environment)

So the marketing team works out the annual plan and along with the ‘product owner’ a role played by the user department draws up  what is called  the “Product Backlog”. This is the equivalent of the to-do-list for the year. It is a compilation of all the projects that the team would take up and finish by the year-end.

Based on the above the team estimates the ‘size’ of each task. The tasks are typically rated on a points scale so that it is easy to  compare the difficulty of each task. Then the team calculates  how many tasks can be completed.The goals for the sprint are then frozen.

Please note that there will be several teams working in parallel in a marketing department and so each will have its own goals for the sprint.

The teams then go into the sprint run. During the sprint, the team is encouraged to interact frequently. There are daily stand up meetings where each member provides a short summary of what he or she has accomplished the previous day in the form of  a three question review:

The team then tries to remove the impediments and facilitate the workflow. At the end of every sprint the team holds a review meeting to assess how they performed and what they could learn to improve the next cycle.

Is agile a practical method for marketing?

Every new method comes with its evangelists and detractors. But the question is not whether it is practical or not. The question is what other solution do we have for a period of rapid transformation. Several of the marketing companies have already taken steps to integrate the agile methodology into their marketing function. Companies like Coca-cola, Pepsi, Lego, Avaya technologies, Virgin group, Audi and several others are adapting agile practices to strengthen their marketing teams. Of course, the most talked about campaign from Oreo( You can still dunk in the dark released during a power breakdown during the superbowl) is considered a hallmark in agile marketing. Whether the campaign can be strictly considered agile marketing is irrelevant. The fact is it characterizes the environment and how agile can help you leverage the sudden opportunity that is thrown up by such an eventuality.

This is a very short introduction to agile marketing. If you are interested, there are several resources on the net. Do write to me at nram@direxions .com and I will be happy to point to some of the  resources that I found useful.

And please feel free to  share your opinions. That is what agile is all about- getting your customers or readers to share their feedback !

Ram N is Consulting Partner at Strategic Caravan Intl Pvt Ltd that develops and delivers Customer Experience solutions. A recognized thought leader in loyalty marketing, he speaks regularly at industry sessions and has written for several Indian and International magazines. He is one of the experts quoted in The Loyalty Guide.

Ram N is Consulting Partner at Strategic Caravan Intl Pvt Ltd that develops and delivers Customer Experience solutions. A recognized thought leader in loyalty marketing, he speaks regularly at industry sessions and has written for several Indian and International magazines. He is one of the experts quoted in The Loyalty Guide. 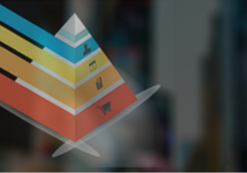 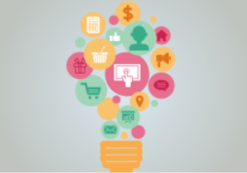 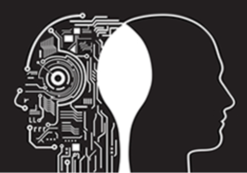