You’ve been hearing a lot about blockchain, the secure and fault-tolerant data structure that powers rising stars in cryptocurrency including Bitcoin and Ethereum. What might not be as obvious is the emergence of blockchain as a key component in the next generation of IT design.

21st-century customers demand always-on data and application services. With hybrid and multi-cloud systems becoming commonplace, traditional enterprises are quickly getting on board with moving their data around to better meet this requirement.

Now imagine if data in a multi-cloud system could be divided into smaller pieces and stored where a cryptographic hash, or digital fingerprint, could be computed for each chunk of data. Each virtual machine's (VM’s) data would then essentially translate into a list of crypto-hashes representing different points in time. As each VM changed its data, new crypto-hashes would represent each updated snapshot.

If data was not available at the target site to fulfill a request, the data and the crypto-hash would be sent together to the target. The crypto-hash would allow the target to verify the integrity of the data received, and ensure that the data could be independently verified on both sides. This would build confidence in the system that when data was moved around between clouds, it would indeed move correctly and with guaranteed integrity. There are also provisions for storing provenance of where each VM's snapshot originated, and that information would be carried with the snapshot wherever it traveled.

Since each VM's data would be represented as a list of crypto-hashes, you could take a snapshot of the VM and save the root crypto-hash in a record. You'd get the inherent immutability of a VM's snapshot where nothing could change the snapshot, like that of a Bitcoin transaction, and you could check the snapshot to make sure it didn't get corrupted or changed in any way.

If you could apply blockchain technology to the continual verifiability and integrity of your stored data before sending it from one site to another, the source site data could be checked against the target site data by sending the crypto-hash first. If it already existed at the target site, then there would be no need to send the actual data. This would be a game-changer in accelerating the movement of data.

Traditional IT infrastructure data flows would be transformed because data integrity could never be accidentally or maliciously altered while moving around in a multi-cloud environment, taking the concern of losing or compromising data completely off the table.

There is already evidence that many new enterprise infrastructure applications are being built based on core blockchain principles because it allows businesses to store anything anywhere and get an unprecedented guarantee of its integrity, especially in the cloud. This isn’t just a daydream. Blockchain is a core component for technology being implemented and utilized today.

Many companies feature products today that incorporate this incredible technology. For example, Okta is building an identity cloud with blockchain to streamline and secure the online identity process. Git is a popular version control system used in software development, where speed, data integrity, and distributed data are really the entire game. Git repositories utilize a distributed ledger system to maintain the integrity of rapidly changing and moving files.

Blockchain is a proven foundational technology with new-found applications for modern IT infrastructure solutions. Expect open ledger systems like blockchain to show up everywhere in emerging strategies as mobile application and data demand skyrockets, and with markets in IoT and Edge technology poised to explode.

Sazzala Reddy is Co-founder and CTO at Datrium, a leading provider of open converged infrastructure for hybrid clouds. Earlier, he was the CTO of Data Domain after EMC’s acquisition.

Sazzala Reddy is Co-founder and CTO at Datrium, a leading provider of open converged infrastructure for hybrid clouds. Earlier, he was the CTO of Data Domain after EMC’s acquisition. 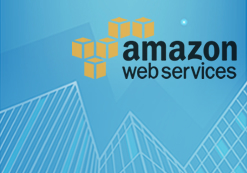