When an organization suffers a loss or a specific problem that manages to disrupt its rhythmic flow , authorities frantically search for options that can help them solve the problem. Blockchain is a technology that focuses on increasing transparency and introducing decentralization that will allow the technology to enable everyone on the network to view information stored on ledgers. Blockchain has many applications that contribute to its popularity amongst people. Here are four common business problems: 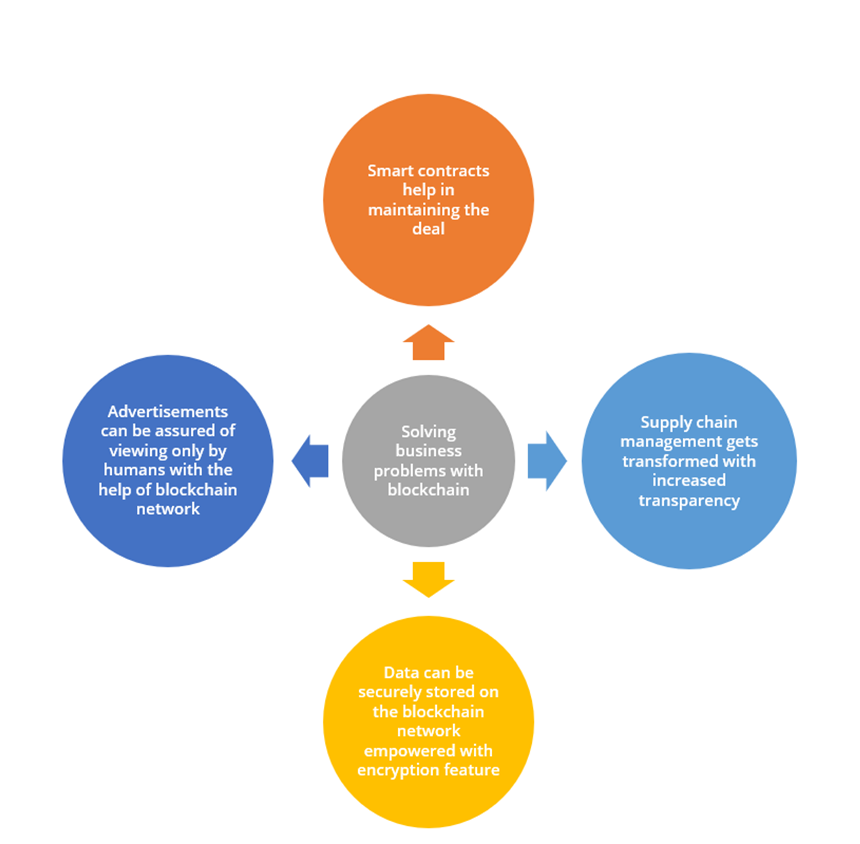 Failure in keeping up with the deal

When an organization makes a deal with another company, it affirms to stick to the guidelines laid down mutually. Apart from adhering to the instructions, they also finalize on an amount and mode of payment during the tenure of the partnership. Even after having the paperwork in place, companies face problems when its partner organization fails to keep up with the guidelines or changes the amount of money they had agreed to pay to each other. In such a situation, there is not much for an organization to do rather than negotiate the other company to stick to the deal or quit the venture then and there.

When a company is into production or manufacturing they lay heavy emphasis on maintaining the flow of production. Furthermore, manufacturers also need to ensure that their products reach the distributors and end retailers on time. Even after keeping track of products and trying to transport the product to the retailer’s store safely, companies face problems in maintaining a record of products and issues in supply chain management occur. When a product gets lost midway, it becomes nearly impossible to find it again. This misplacement of products often leads a company into enormous losses.

Information is considered to be one of the most crucial assets that a company holds. Every organization nowadays contains a plethora of data at their disposal that requires maintenance. This information is essential as the same can help firms in increasing sales and managing the usual flow of operations. Even after trying to protect information, a single drawback in the security system of a central network can lead a hacker into gaining access to the information that can pose a devastating blow to the company.

In the age where technology is almost everywhere, businesses try to reach a broader audience base to increase sales. With internet improving every day, companies are now posting advertisements on several websites and social media platforms for people to view and interact with their organization. Advertisements are vital as they focus on displaying brief information about a company. Even after trying to reach a global audience, companies face the problem of their ads subjected to fraud bot traffic and not being viewed by its target audience. This lack of transparency causes a loss of trust between companies and digital advertising platforms, eventually lowering the sales for their business.

Even though blockchain’s introduction was with bitcoins, it is a disruptive technology that holds the potential to deliver transformations across several industries.

Smart contracts are one of the applications of blockchain that can vastly help companies in securing a deal. By using smart contracts, companies can form an electrical code that assists organizations to develop a venture in a conflict-free manner. Unlike traditionally, if a company tries to change the terms of the contract or denies to release a payment, everybody on the network can leverage the technology’s transparency to view the same, and the contract’s code automatically freezes the deal. The agreement would not continue further until the company pays the due or goes back to keeping up with the guidelines. This smart management of contracts helps businesses to maintain operations functioning without any friction.

As blockchain is a technology that increases transparency, keeping track of the incoming and outgoing products from the site can be managed efficiently by everyone on the network. Every time a product halts at a specific gateway, the same gets documented and inserted into the blockchain ledger. This documentation increases transparency on cargo status and ensures they reach retailers on time and intact in condition.

Because of its cryptography feature, storing information on blockchain network is secure. As the ledgers and blocks are secured with private cryptographic keys, hacking into a blockchain network is extremely difficult. For a hacker to gain unauthorized access to the network, he has to hack every system connected to the network, which is extremely difficult to accomplish.

As blockchain focuses on increasing transparency, companies posting online ads can benefit massively from this technology. When using blockchain, authorities can view who has clicked on their ads and get the power to gain all the information about the viewer from her single click on the viewer’s agreement. 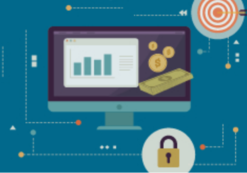